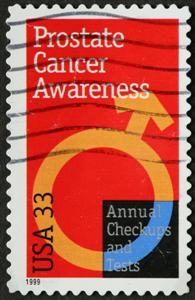 Prostate cancer is the most common form of cancer and the second leading cause of cancer death in men over the age of 50. The National Cancer Institute estimates that approximately 241,000 men were diagnosed with prostate cancer and over 33,000 died from the disease in 2011.

Screening. Currently, there are approximately 42 million men in the U.S. over the age of 50. For men in this age category, the standard of care to screen for the presence of prostate cancer is to have a physical exam each year in which two tests are routinely performed, the digital rectal examination for men (“DRE”) and the Prostate Specific Antigen (“PSA”) blood test. Although used for many years, the specificity of these tests has been widely questioned. Data from community based studies suggest that the positive predictive value of a DRE for prostate cancer is 15% to 30% and varies relatively little with age. For elevated PSA levels between 4 and 10ng/mL, the positive predictive value is approximately 20%. For studies in which biopsies were done when the results of either test were abnormal, 18% to 26% of screened patients had suspicious results, cancer was actually detected in approximately 4% of screened patients and the positive predictive value of the tests combined was 15% to 21%. In another study involving 6,630 volunteers, the combination of DRE and PSA detected 26% more cancers than PSA alone. Although PSA and DRE provide some positive predictive value, neither of these tests creates a physical or visual record documenting abnormalities in the prostate.

Prostate Cancer Detection. If a patient is suspected of having prostate disease as a result of standard screening tests, he is generally referred to a urologist. A urologist will usually perform his own digital rectal exam for men and may decide to perform a prostate biopsy to obtain tissue samples for microscopic analysis. The prostate biopsy is conducted by a needle that is guided by ultrasound into the prostate through the rectal wall. Since the existence and exact location of possible cancerous tissue is not known, the urologist will usually take 10 to 14 samples in a scattered pattern throughout the prostate in an attempt to find the suspect tissue. Of the approximately 1 million prostate biopsy procedures done each year in the United States only approximately 25 percent actually detect the presence of cancer. The low predictive ability of the DRE and PSA tests to gauge the presence of cancer over-inflates the number of referrals for invasive biopsy than are necessary to confirm that a patient has cancer.

Prostate Cancer Treatment. The treatment path for patients who test positive for prostate cancer depends on many variables, including age, location and pathology of the cancerous tissue and general health of the patient. Generally, a younger, otherwise healthy patient will elect to have a radical prostatectomy to eliminate the possibility that it might spread beyond the prostate. Older, less healthy patients may elect not to undergo surgery, and instead monitor the disease closely by semi-annual PSA and DRE exams, and annual biopsies. This monitoring regimen is commonly referred to as “active surveillance.” Some patients may elect radiation or drug treatments, in addition to necessary ongoing active surveillance. The National Cancer Institute estimates that there are approximately 2.4 million men alive who have a history of cancer of the prostate.